The director’s cut of My Name is Janez Janša is now available on-line for FREE with additional subtitles in English, Russian, Italian, Spanish, Czech and Croatian languages: A special edition of the movie has been made for the Slovenian-speaking audience: The liberation of the film is the final step of the triple publishing initiative [FREE]...
continue reading →
Activities All about names Uncategorized 17.12.2014. | 0 Comment

What’s In a Name?

For several years now, steirischer herbst has been accompanying Janez Janša, Janez Janša and Janez Janša. It was with them we made our first major exhibition and published the book NAME Readymade back in 2008. Now, we are back there: same festival, same gallery... Forum Stadtpark. This time we take our documentary movie My Name...
continue reading →
Activities Uncategorized 14.12.2014. | 0 Comment

Janez Janša is Back Home!

Dear supporters, dear followers, It seamed I will never make it, but I’m finally back home! It was tough hard and stressful. One just need to understand how the system works, persevere and never give up. That’s what I did and they finally let me go. I was the most happy man in the world...
continue reading →
Activities Our movie 07.12.2014. | 0 Comment

Janša over the English Channel with his friends on tour

Getting ready to leave for a series of presentations and events in the UK. The schedule is quite intensive but the entire mini-tour looks promising. On MON 8 at 6.30pm we screen My Name is Janez Janša at the Royal College of Arts in London (Battersea) as part of the RCA Film Series 2014/15. The...
continue reading →
Our movie 04.05.2014. | 0 Comment

The jury of the Red House Art Doc Prize (Casa Rossa Art Doc), composed by Marco Antonio Bazzocchi (chairman), Ermanno Cavazzoni, Chiara Lagani, Cesare Malfatti and Valentina Vannicola, has assigned the award for best documentary dedicated to the art to My name is Janez Janša by Janez Janša, Janez Janša and Janez Janša, with the...
continue reading →
All about names 19.09.2013. | 0 Comment

It took Jeffrey Wilschke a while to save $300 to legally change his name in Beezow Doo-doo Zopittybop-bop-bop, but he accomplished it Nov. 28 2011 in Dane County Circuit Court, Wisconsin. inflatable water slide Asked to give a reason for the name change on a court form, Beezow wrote, "I believe this is a much...
continue reading →
Our movie Uncategorized 03.04.2013. | 0 Comment

19 March 2013. A special day for us. The day of the “Triplete” as José Mourinho would put it. Our movie My Name is Janez Janša was in fact screened in three different locations simultaneously: in a cinema hall in the town of Kranj, at the Oslo International Theaterfestival in Norway, and on TV SLO...
continue reading →
Politics Uncategorized 16.03.2013. | 0 Comment

Hi buddies, long time no write. Have you thought you got rid of Janez Janša? Sorry, to disappoint you... here I am, still, alive and kicking! I wasn’t posting much on the English session of the blog in the last couple of months. I beg you pardon for this, but I was rather busy with...
continue reading →
Our movie Uncategorized 15.11.2012. | 0 Comment

My Name Is Janez Janša on big screen again!

Finally the time for the screening of our movie in Ljubljana has come. My Name Is Janez Janša will be screened twice at 23rd International Ljubljana Film Festival in the avantpremieres section, on Nov. 11th at 9 pm at Cankarjev dom and on Nov. 16th at 9.30 pm at Kinodvor in Ljubljana, Slovenia. It has...
continue reading →

My name is Janez Jansa from aksioma on Vimeo. 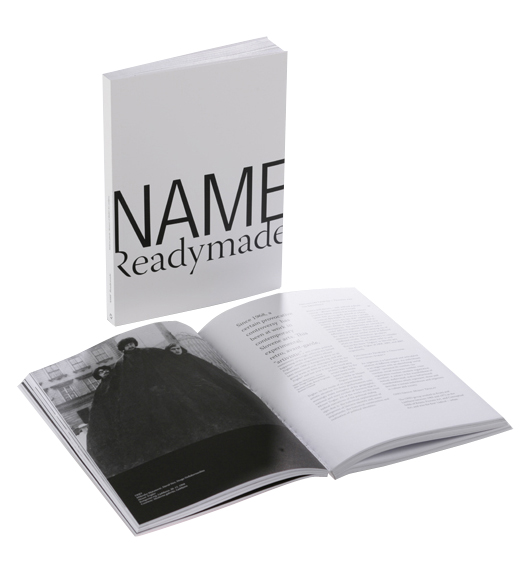 What they said about our name change

“They make sure that we, the public, wouldn't miss who had actually changed their names. I will call this a gesture of securing a terrain for future branding and money. (...) Insisting today on the name, 2009 and onward, (on its total appropriation), is precisely the true signifier of a complete postmodern fascistic nature of this and similar projects.”
Marina Gržinić – Biopolitics, Necropolitics and De-Coloniality

“The multiplication of the name as a signifier leads to the disappearance of the referent, and the aforementioned motto of the party now has to be taken literally: the more individuals called Janez Janša there are, the faster we can achieve the goal of the emptying out of the subject, its de-subjectification and the establishment of the empty signifier.”
Blaž Lukan – The Janez Janša Project

“The person whose name has been assumed by the artists has not responded to their acts; his silence and non-responsiveness signal his tacit support for them, for the artists have not caused him any harm; in fact, they have added extra value to his name and are actively promoting it. The artists are giving their audiences what the latter like to see and hear: a cheap, entertaining and harmless provocation.”
Petra Kapš – The Construction and Re-staging of (the) Slovenian(-ness of) Art:
the Endless Triglav

“The renaming is not political in the sense of commenting on the daily political events in our country or commenting on the life and work of Prime Minister Janez Janša, but political in the sense that it instantly swings the net of meanings in our society, it shakes the boundaries between art and politics, the public and the private, and offers itself as a riddle still waiting to be solved.”
Jela Krečič – The Three New Janez Janšas

“When the three artists changed their names to Janez Jansa, they in fact adopted a critical stand to the state. To the Slovene government, in which until recently all posts seemed occupied as it were by a single person – Janez Jansa. (...) Through the multiplication of Janez Jansa’s name, the function of the prime minister has assumed, within this specific artistic action, a similar position as the Campbell soup cans in Andy Warhol’s works.”
Zdenka Badovinac – What Is the Importance of Being Janez?

“(...) the gesture is—from now on—in constant process: it will be semiotised in connection with their every new work of art and public appearance, therefore it will take some turns unprecedented in other known forms of subversive affirmation.”
Rok Vevar – The more we are the faster we will reach the goal!