For us, there are no boundaries between our work, our art and our lives, and we believe we are no different from you in this respect.

The exhibition Work provides an insight into the “Janša case,” from 2007 until the present day, through several intertwined segments: personal documents, collaborative works and media responses. The “case” acquires the characteristics of skillfully planned smuggling, with life at stake and the aim of challenging the boundaries of politics, art and everyday life. The activities of the “neo-Janšas” become a means to examine the symbolic power of name in the art system, as well as in broader social and political fields. They point to the factors that participate in creating identities of artists, i.e. work of art, while redefining the notion of authorship and property enters the zone of repression between the individual and the collective, citizen and state, art gesture and national symbol.

The Janša project is primarily performative, based on the idea of a living and tripled readymade – the artists use their own duration, body and character as the medium. Three men, formerly known as Davide Grassi, Emil Hrvatin and Žiga Kariž in 2007 appropriated the name of the then prime minister and head of the Slovenian Democratic Party (SDS). As they changed their names, they simultaneously became party members, symbolically taking over the party slogan: The more we are, the faster we will reach the goal. By using excessive identification, they underline less noticeable fatalist moments instilled in the background of nationally representative patterns. At the same time, appropriation acquires a potentially subversive effect – an increase in the number of Janez Janšas becomes a tactic of causing a stir in the political circuits and an expansion of contemporary art’s presence. The following questions arise: To what extent can today’s art practices infiltrate the political sphere and provoke a self-understanding idea of national identity? Can the inflation of names weaken or at least disturb the power position of “the real Janša”? What are the effects of the name change on the artists’ activities and biographies?

WALK THROUGH THE SHOW 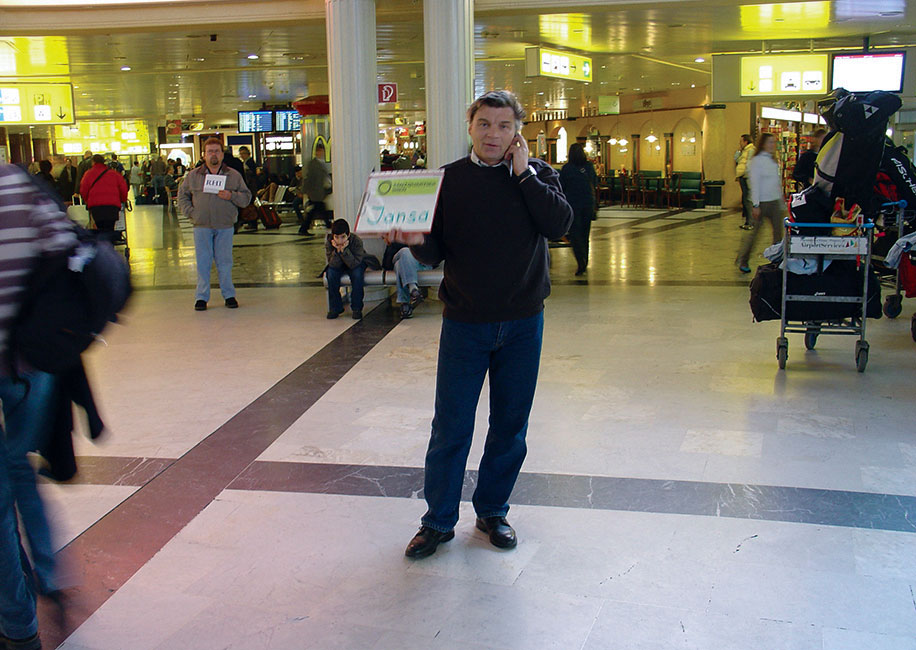 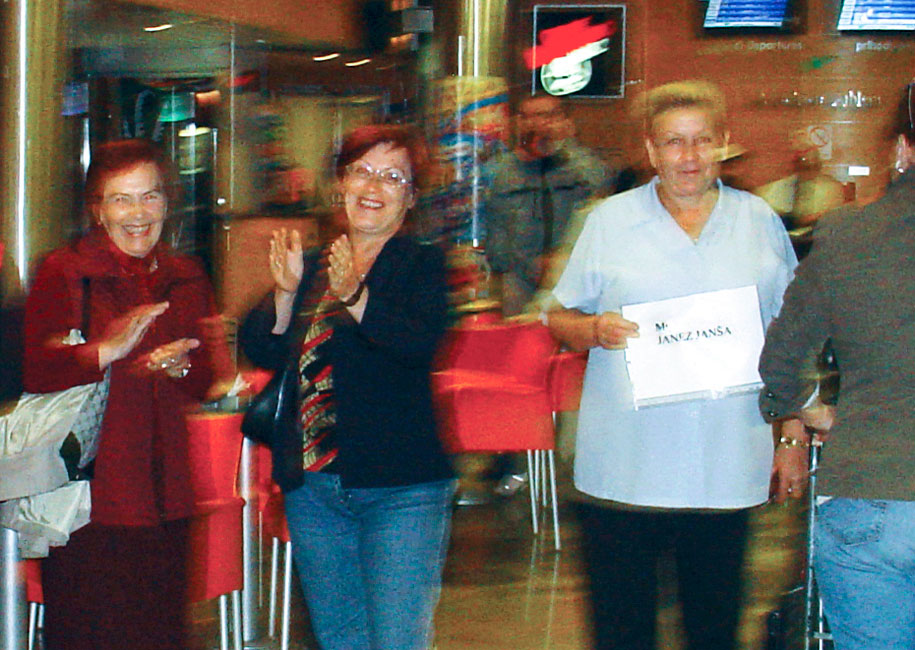 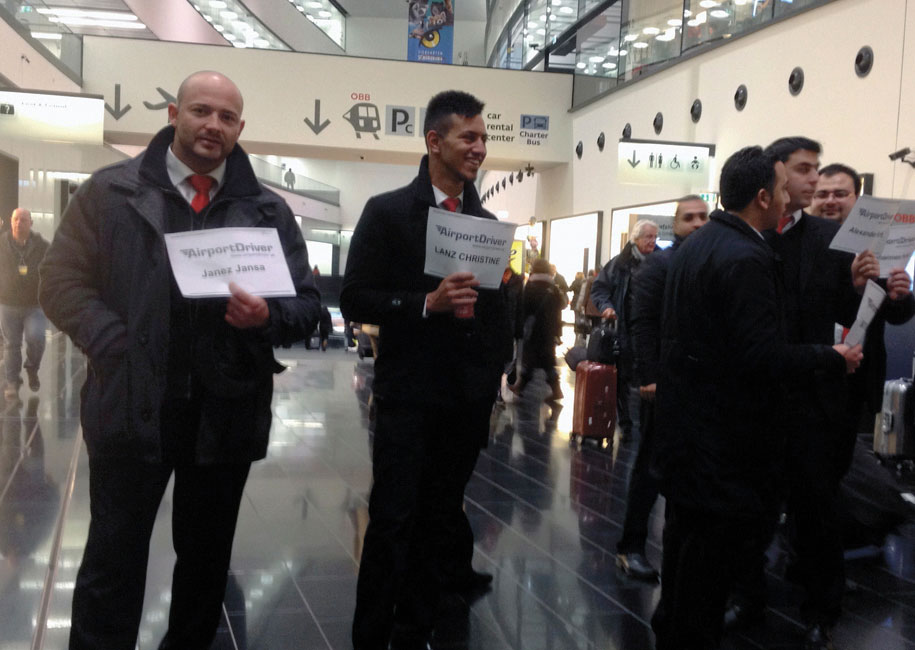 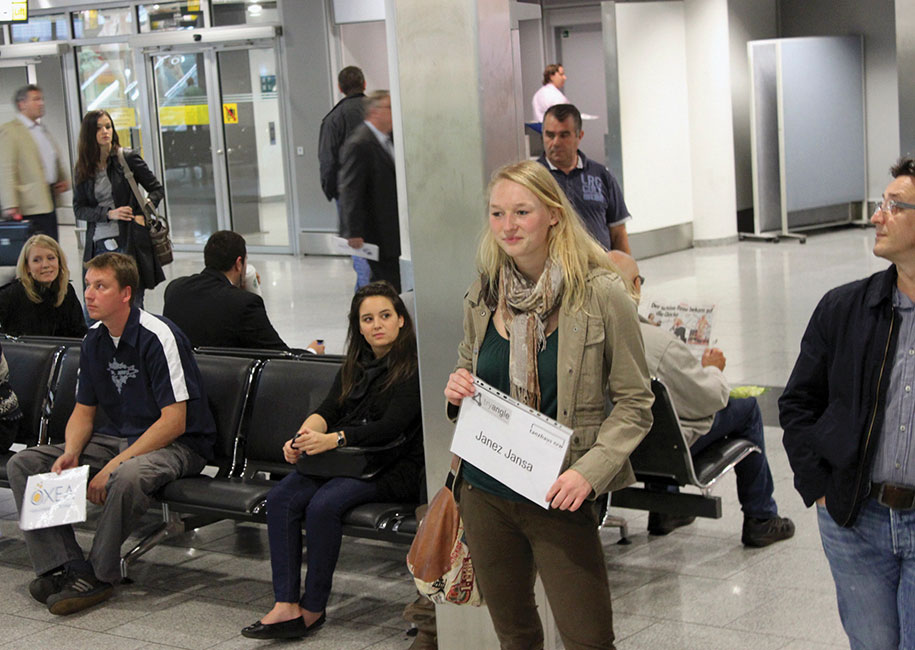 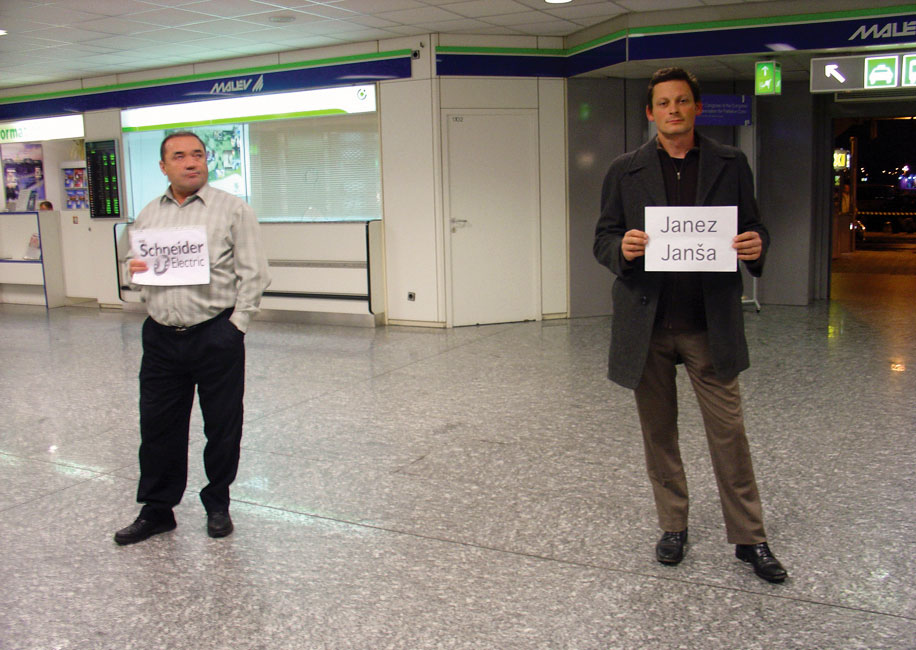 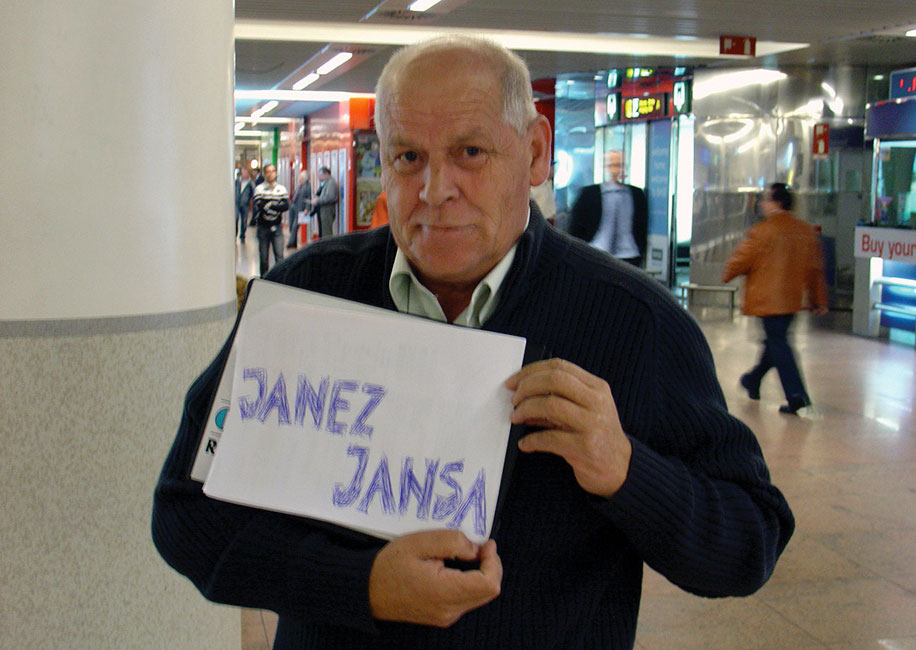 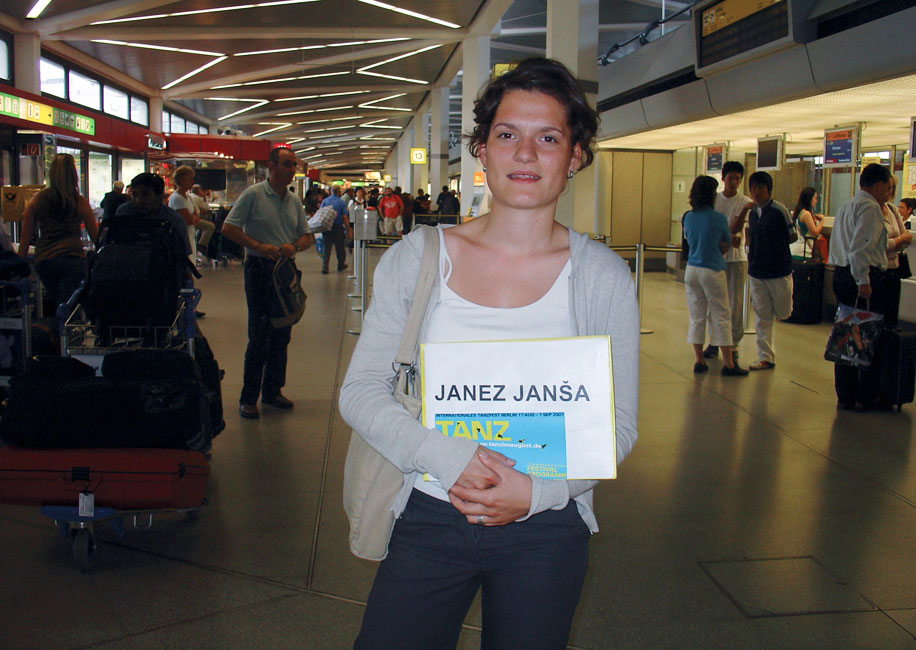 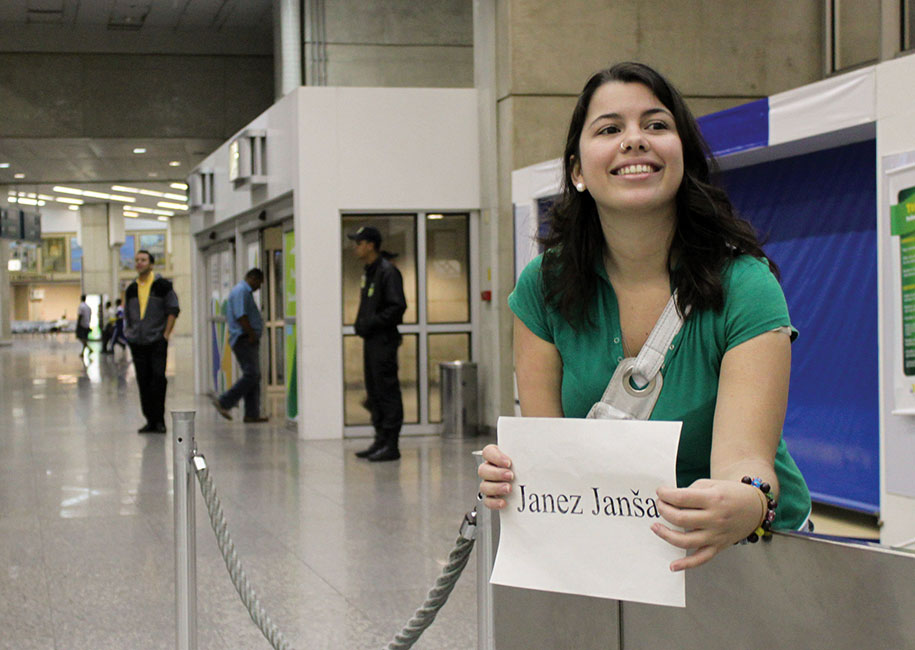 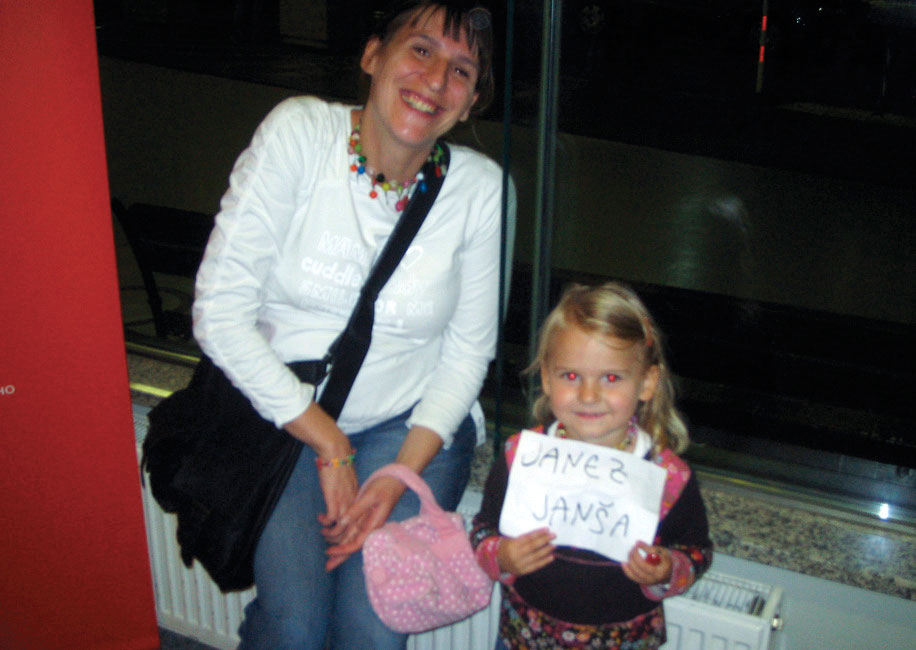 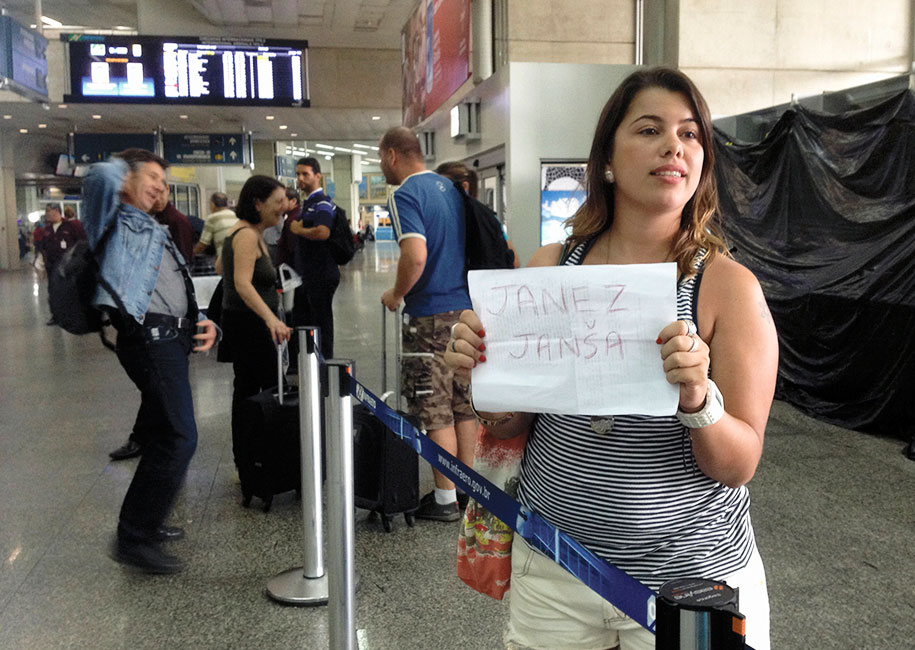 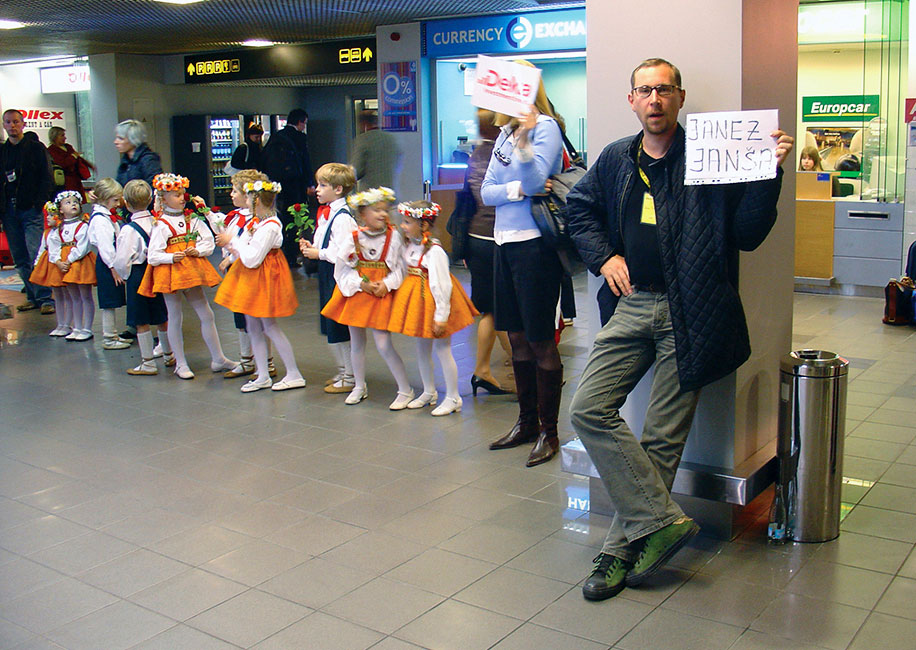 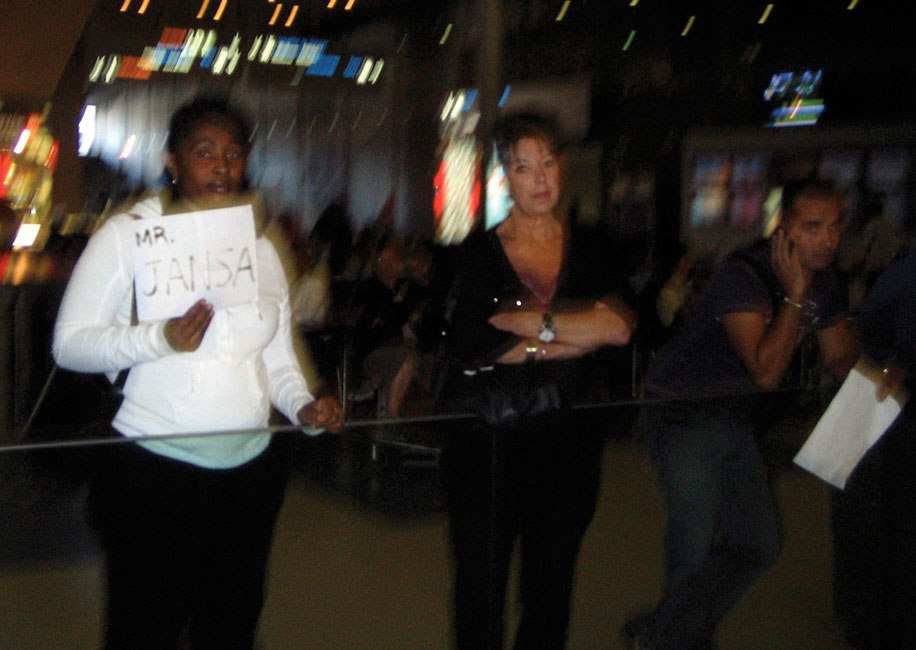 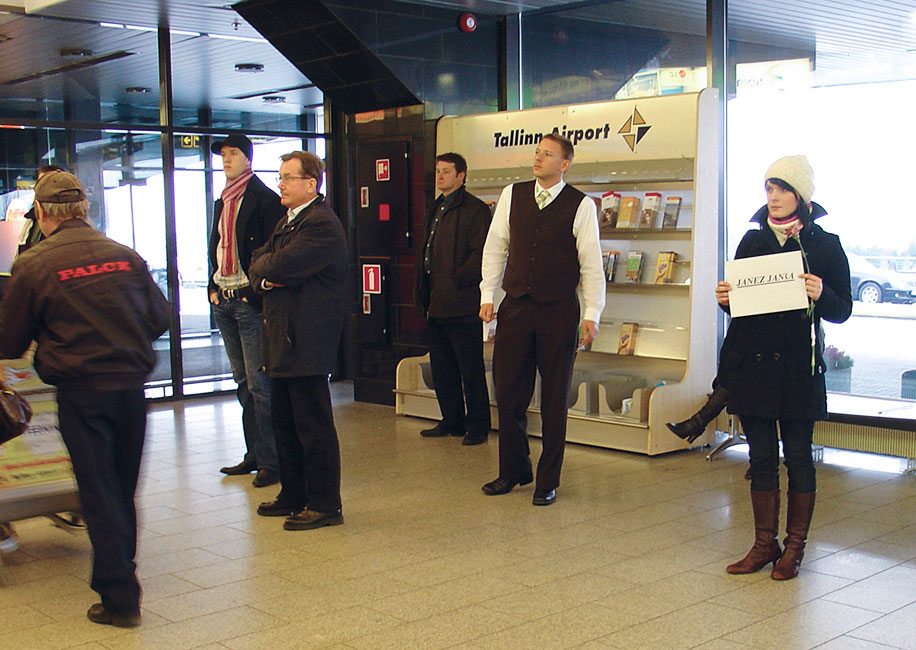 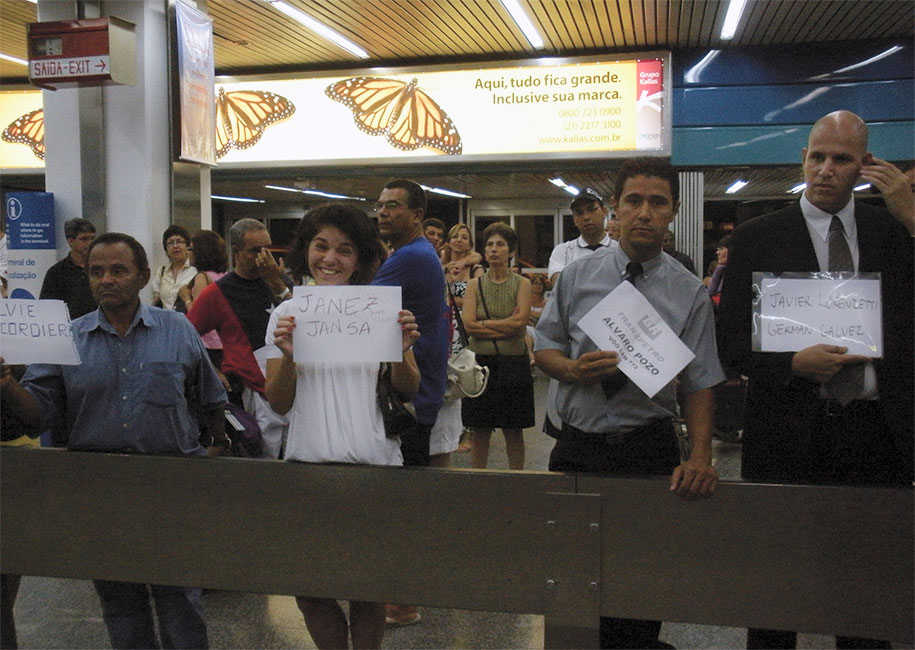 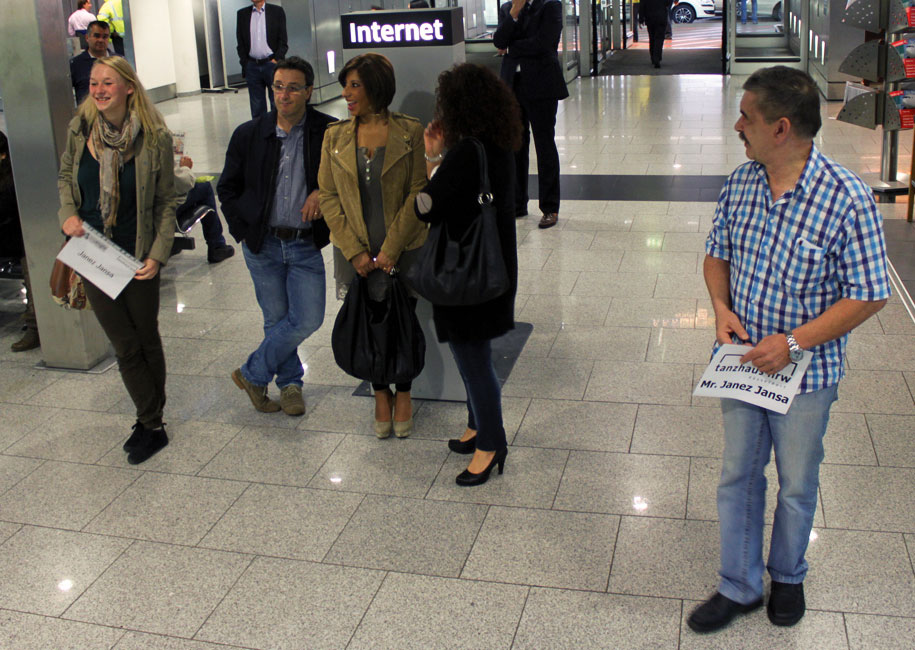 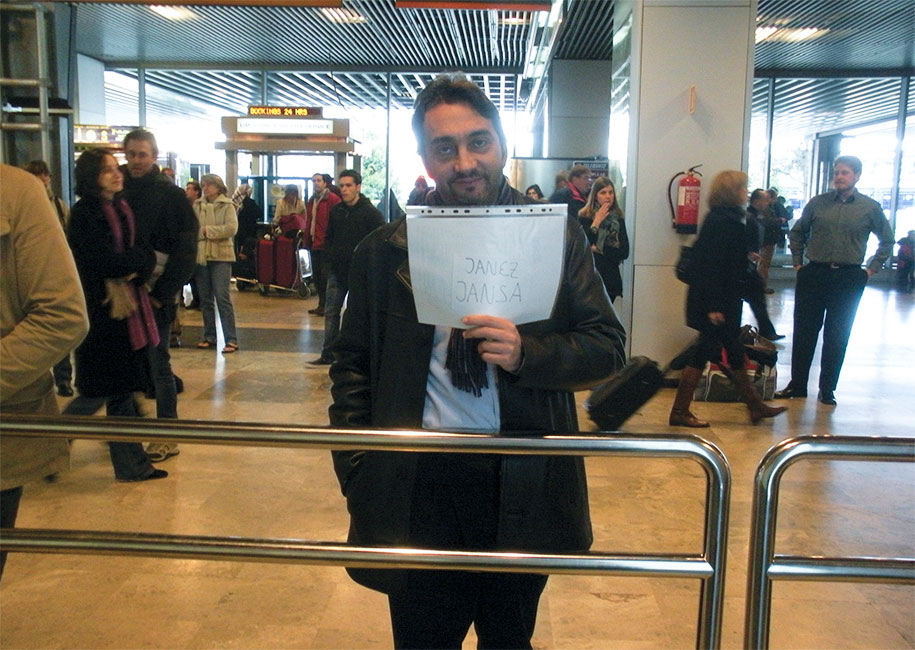 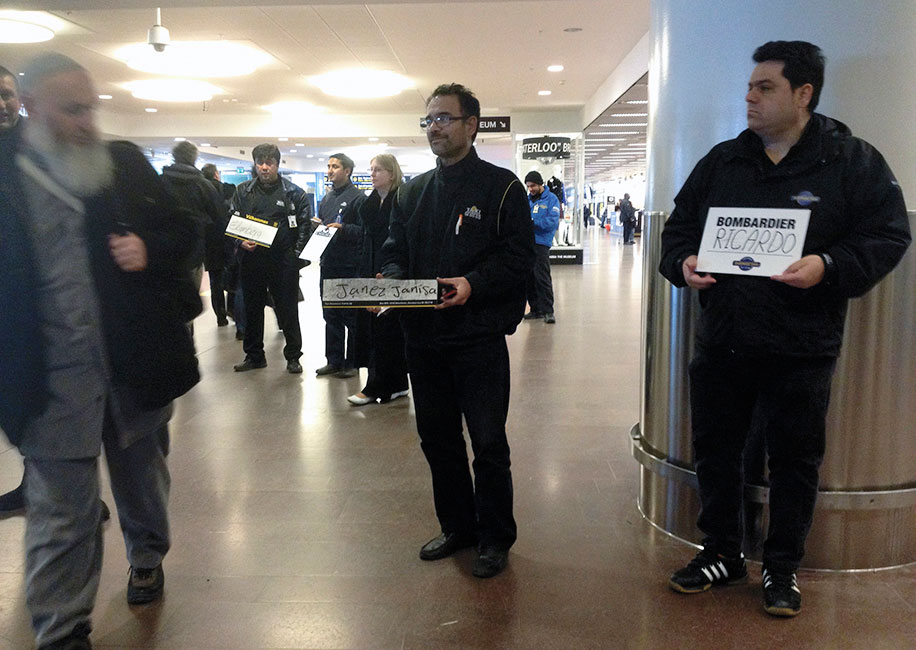 My Name is Janez Janša

Is Janez Janša an Idiot?

The article entitled Is Janez Janša an Idiot? by Boris Dežulović was published in the daily newspaper Dnevnik on September 1st, 2007. The author signed the piece as Ivo Sanader, the name of the Prime Minister of Croatia at the time.

It is perfectly legitimate to call artists – but not politicians – idiots and to call their work idiocy. Artists are harmless beings who do not have powerful lawyers.

Janez Janša replied to “Sanader” with an article entitled I’m Neither an Idiot nor a Common Fool that was published in the same newspaper on September 8, 2007.

In the article entitled “Is Janez Janša an Idiot?” published on page 9 of Dnevnik’s Objektiv on September 1, 2007, the author Ivo Sanader writes:

These statements are completely unsubstantiated, deeply offensive, and detrimental to my honor and good reputation. This is why I demand a public apology from Mr. Ivo Sanader to be published in a visible place in your newspaper no later than September 22, 2007. In the case that no such apology is offered, I will seek justice and legal satisfaction.

Is Janez Janša an Idiot?

The political weekly Mladina started the contest Who writes the name of the leader in the most beautiful way by publishing a photo of the first signature on public space done by the three artists, Signature – Konjsko sedlo (left). On the right is the image chosen by the editor of the weekly as the final winner of the contest.

On August 11, 2007, Janez Janša and Marcela Okretič got married. Janez Janša was the bride’s best man and Janez Janša the best man of the groom. The participants were unaware that they had changed their names and first heard about it during the ceremony directly from Franc Grošl, the marriage registrar at the municipality of Ljubljana.

Mr. Janez Janša
The Prime Minister of the Republic of Slovenia
Gregorčičeva 3, 1000 Ljubljana

Perhaps, by now, the news has reached you that three people from Ljubljana – all three of whom are contemporary artists whose works regularly represent Slovenia overseas and who are also members of the Slovenian Democratic Party [SDS] – have recently changed their names to Janez Janša. If you were not aware of this, we are pleased that we can deliver the news firsthand.

Our decision was a conscious one, and it came about as a result of careful consideration. For us, there are no boundaries between our work, our art and our lives, and we believe we are no different from you in this respect. We live together to create, and, with your permission, we would like to quote here the words from the letter you sent us when we joined SDS: “The more of us there are, the faster we can achieve our goal.”

We are looking forward to your response.

Janez Janša: I don’t know if these people are artists; I haven’t seen any of their creations yet. But I do think that if someone is a good artist, he doesn’t need to change his name into the name of someone famous to be noticed by the people. I have been encountering these names lately, especially because I have been receiving various appeals when postmen make mistakes and deliver to me various summons or court orders to pay fines for offences committed by these guys. Not long ago, I was even subpoenaed by a Paris district court because one of these people supposedly failed to pay some rent for 15,000 euros, and quite a lot of talking to the post had to be done to come to an agreement that this wasn’t me.

Letter to the Editor

I am not “some guy”; I am Janez Janša

On February 3, 2011, the following statement was published in Delo, p. 2, in the Statement of the Day column:

The most I have to deal with them is when the postman makes a mistake and I receive a summons to court because of the offenses that these guys commit.

The statement was signed by the “Original” Janez Janša, leader of SDS, about the three artists who had assumed the name Janez Janša. I hereby state that I am no guy, but a person with the name and surname of Janez Janša, which I use in accordance with the law. In contrast to the politician, whose official name, as far as I know, is Ivan Janša and who, by using another name, is in fact breaking the Law on Personal Name, Article 2, which was passed while Janša was in power:

A personal name is a citizen’s right and it is used for the distinction and identification of natural persons. The citizen is obliged to use his/her personal name.

Abroad, nobody knows who Janez Janša is

On February 3, 2011, a statement by the politician Janša was published in Delo, p. 2, in the Statement of the Day column; the statement is part of a longer response to the question posed by the journalist of the First Program of Radio Slovenia (February 2, 2011). Let me quote two excerpts:

I do think that if someone is a good artist, he doesn’t need to change his name into the name of someone famous to be noticed by the people.

Not long ago, I was even subpoenaed to a Paris district court because one of these people supposedly failed to pay some rent for 15,000 euros.

I strongly reject any criminalization of this sort. I have never been subpoenaed by a court, let alone for failing to pay rent in Paris, where I have never lived.
As regards changing my name into the name of a famous person, let me just mention that numerous organizers of presentations of my work abroad often ask if they may use my former name, because overseas nobody knows who Janez Janša is.

The use of the name Janez Janša

Despite the fact that, officially, my name is no longer Janez Janša, I still occasionally use this name, just as the politician Ivan Janša does. This is why I am utterly surprised about the unusual attitude displayed by the politician Janša towards the name Janez Janša, which we could witness in his statement summarized in the STATEMENT OF THE DAY column in Delo on February 3, 2011. Also, I have never been subpoenaed to appear in court or before the misdemeanors judge, so I expect Mr. Janša to explain his statement and provide evidence and, at the same time, to apologize to those to whom this statement does not apply.

In 2007 Lojze Peterle ran in the presidential election in Slovenia. He was supported by the Slovenian Democratic Party.

During the presidential campaign, Janez Janša, Janez Janša and Janez Janša took a photo with the candidate Lojze Peterle. Then, each time they met him, they’d ask him to autograph the photo taken during their previous encounter. 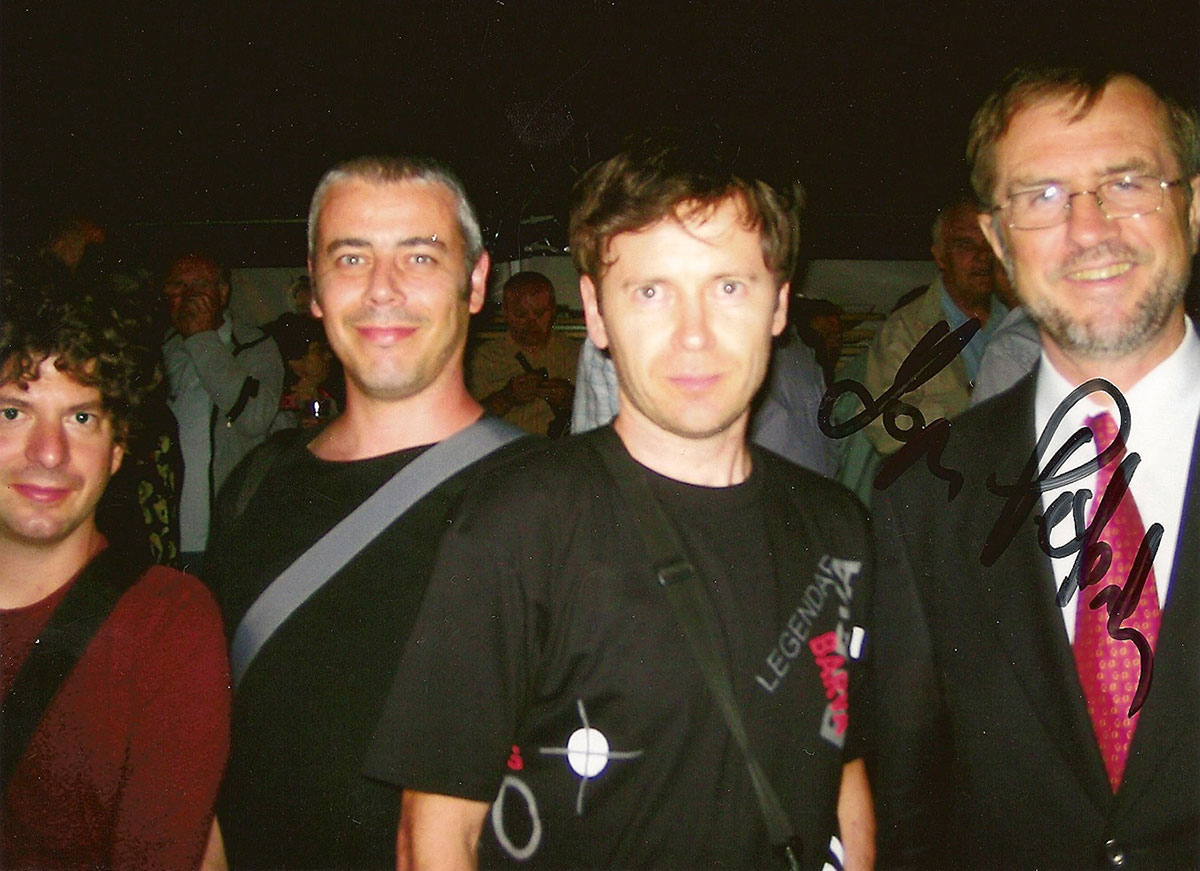 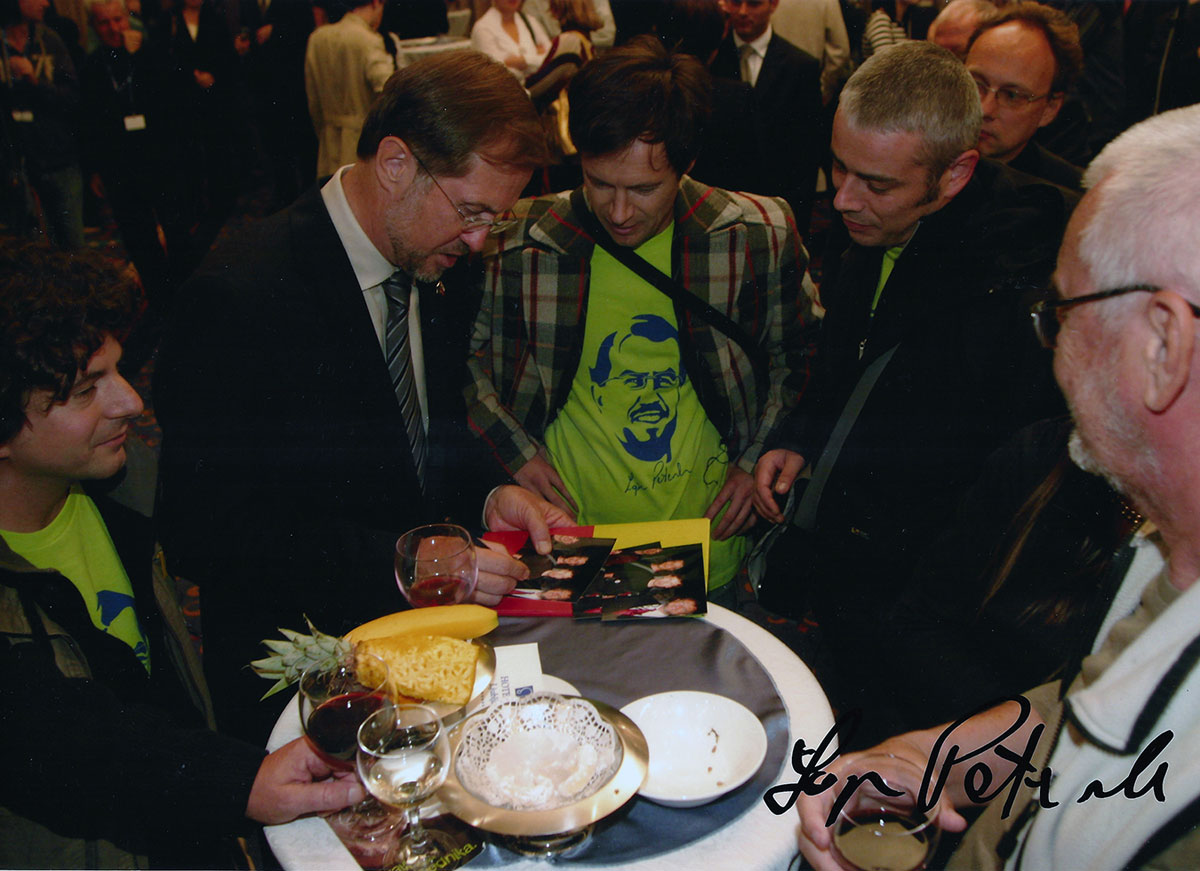 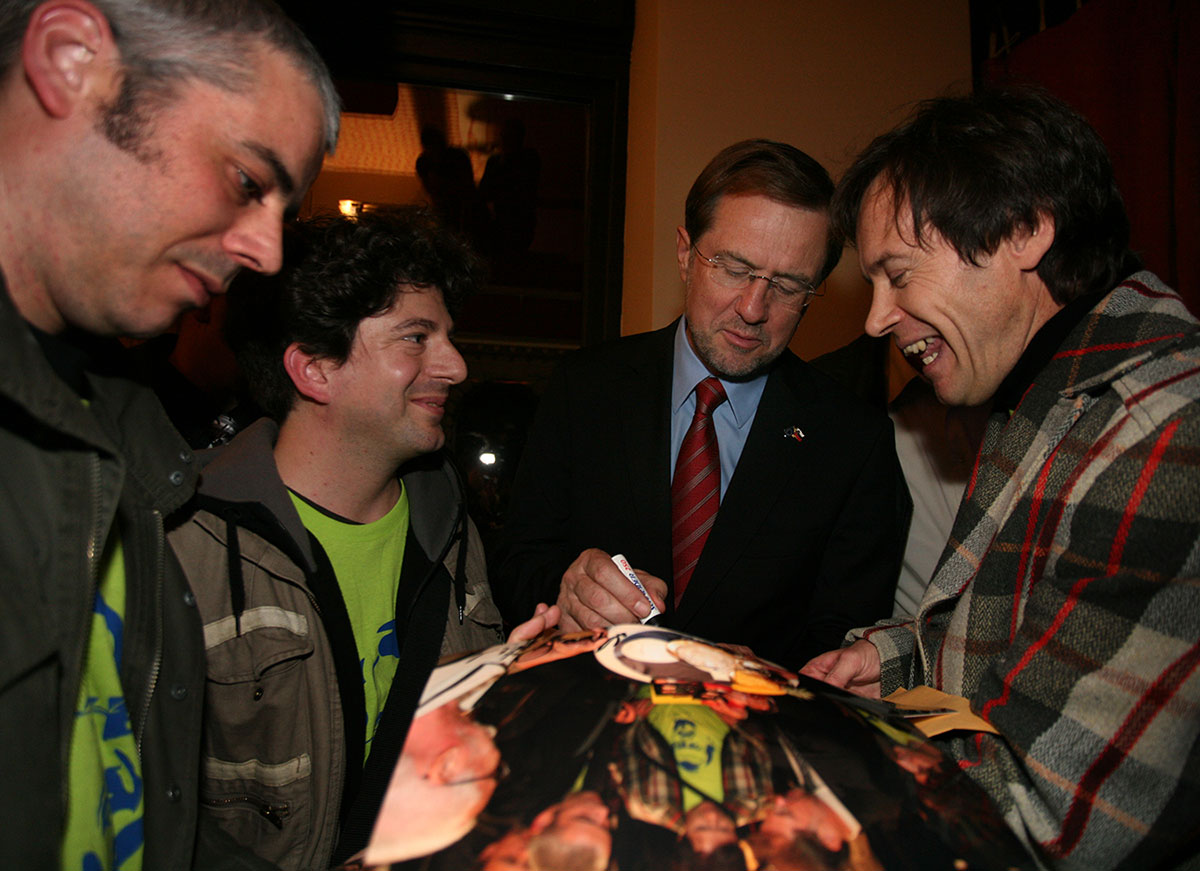 As Slovenian Democratic Party members, Janez Janša, Janez Janša and Janez Janša took part in several events organized by their party such as the Summer Sports Games in Celje (2007) and the SDS Festival in Stična (2008). 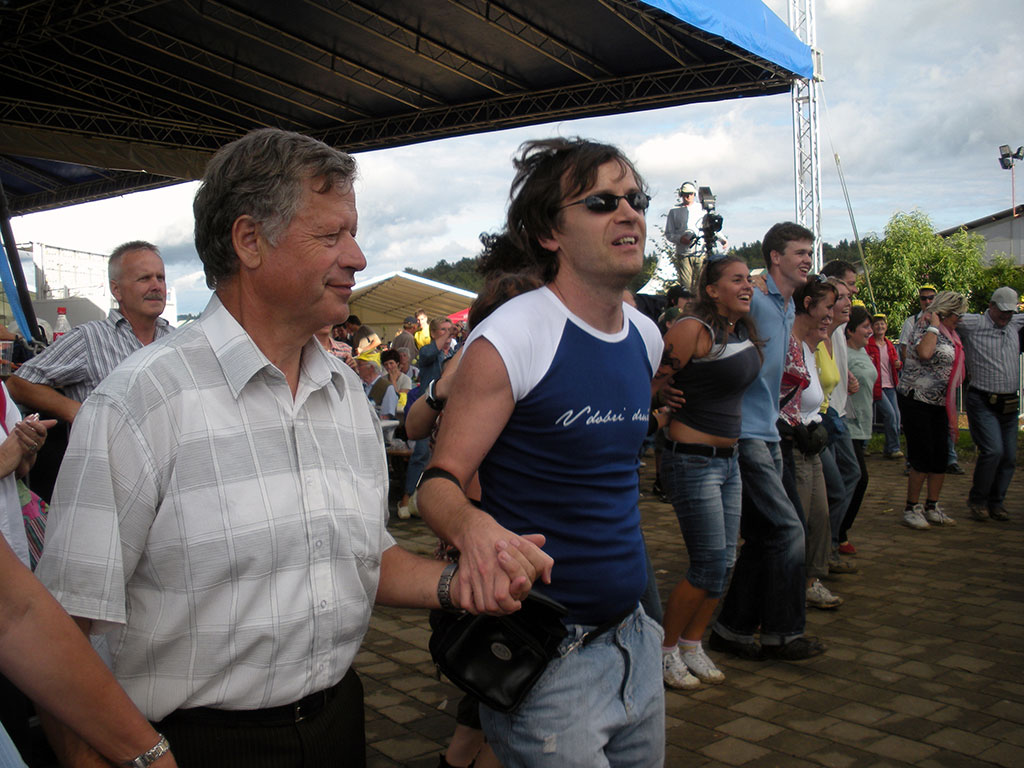 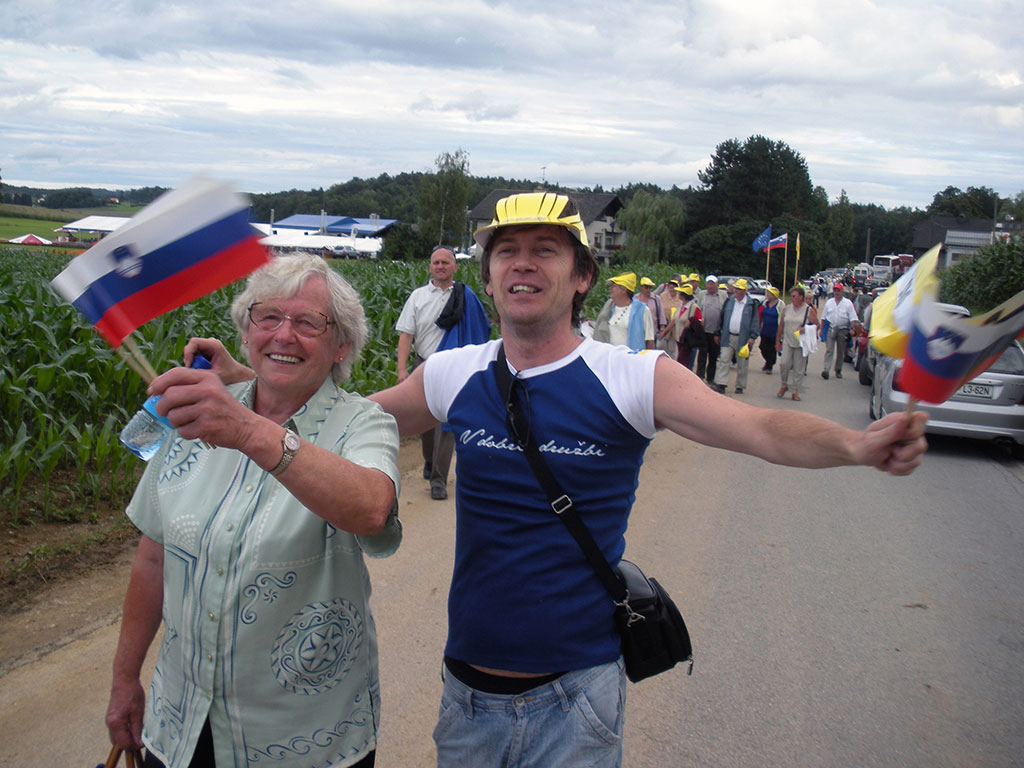 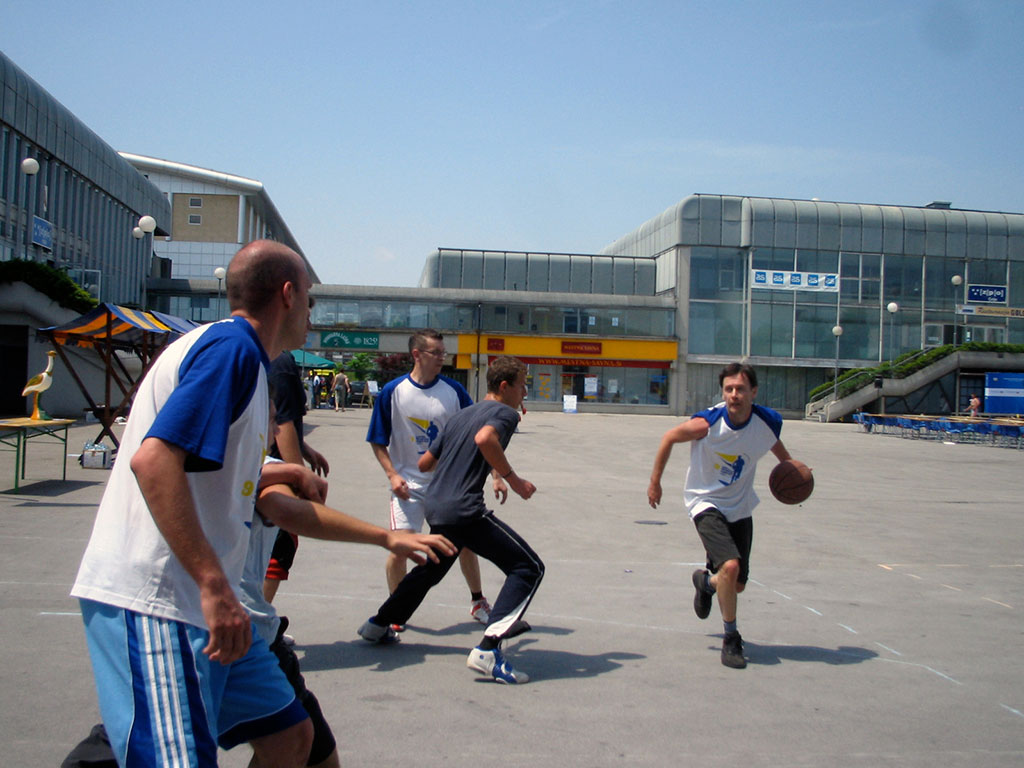 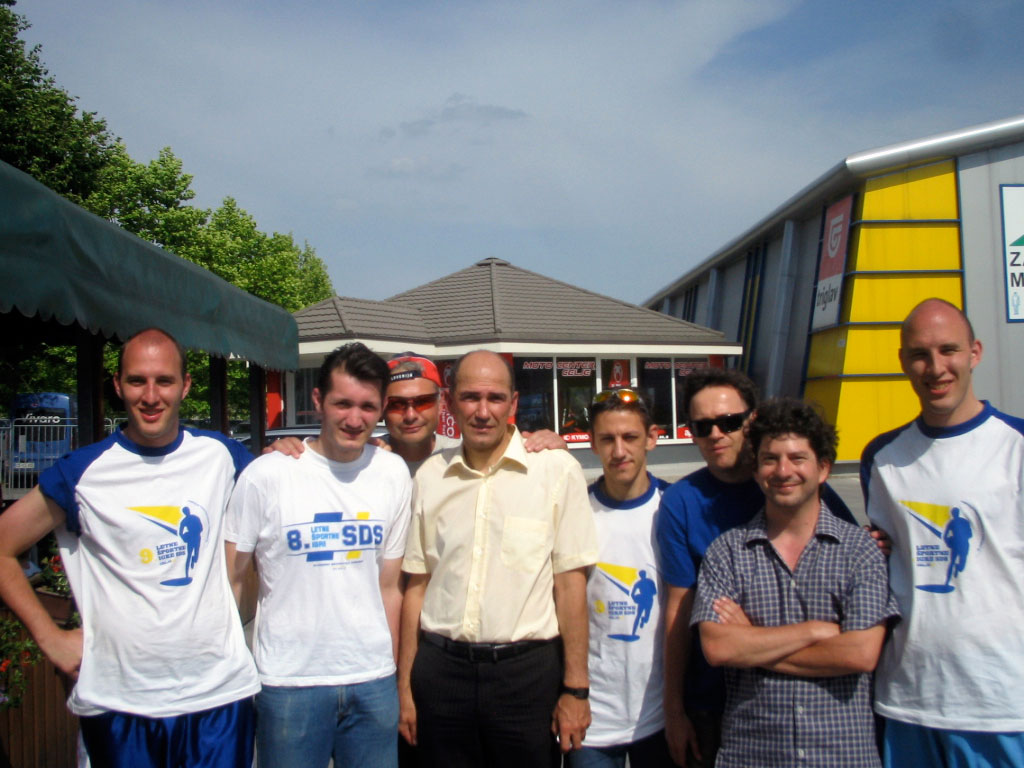 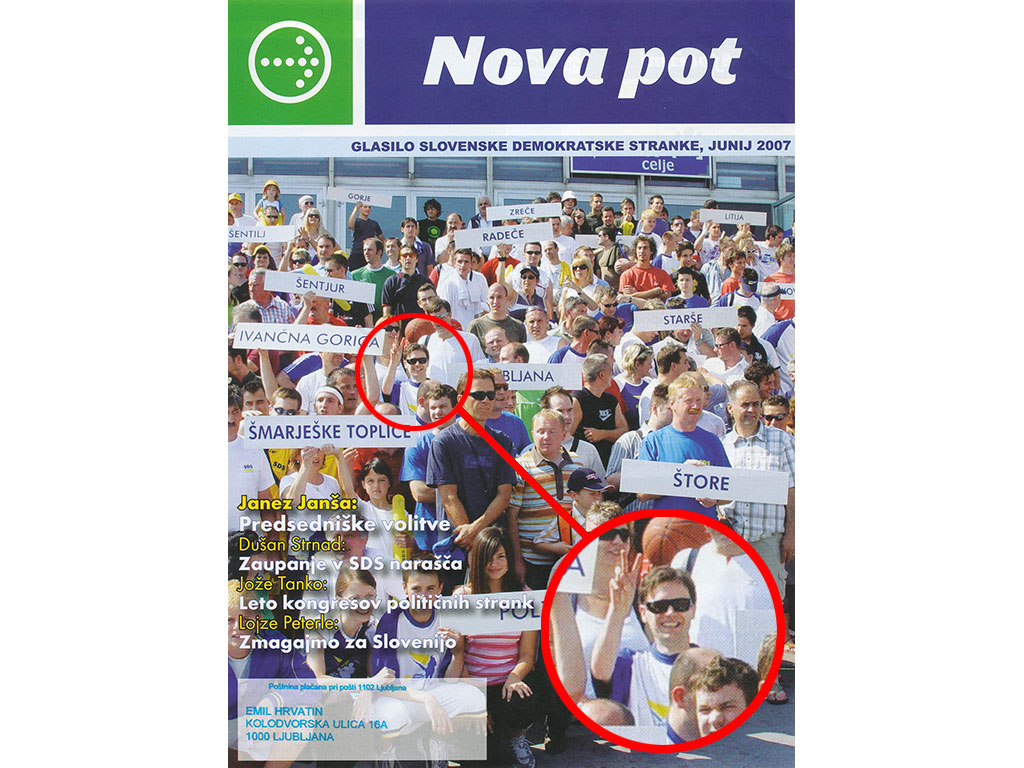 The book Janez Janša, Biography by Marcel Štefančič, Jr. was released by the weekly Mladina on September 17, 2007, on the day of the 50th birthday of the politician Janez Janša.
A few days later, Janez Janša and Janez Janša presented it to the media and to all political candidates at the press center of the Slovenian parliamentary elections 2008.

Part of the international project Smuggling Anthologies lead by MMSU and supported by the Culture Programme of the European Union.